We covered the limits earlier in another blog. 33 drivers who are caught high on drugs

each day: Positive results found in 40% of

Police are catching a record 33 motorists a day driving while high on drugs, figures show. In just one month, 1,000 motorists were found to be driving under the influence of drugs such as heroin, cocaine and

cannabis when they were pulled over by police. Official figures show that forces are now recording positive results for as many as 40 per cent of suspects who are stopped at the roadside and drug-tested. The numbers have highlighted the hidden epidemic of drug-driving across Britain. During a month-long summer blitz, police discovered around 4,500 drink-drive motorists and more than 1,000 with drugs such as heroin, cocaine and cannabis in their system. It follows a similar crackdown over Christmas when a campaign by police forces across Britain saw 933 drivers test positive for drugs. The figures, released by the National Police Chiefs’ Council, showed more people were detected drug-driving in December than in the whole of 2014. Nearly 50 per cent of the 1,888 drivers tested were found to be under the influence of drugs. In the summer blitz, almost 50,000 vehicles were stopped between June 10 and July 10 when the Euro 2016 football tournament was on. Around 45,000 breath tests were carried out, with one in 10 motorists found not fit to drive. Of those, 4,539 motorists tested positive for drink-driving or refused the test. Another 2,588 were screened for drugs, with 1,028 positive tests. In 279 cases, the driver had already been involved in a collision when they were tested, with 66 found to be under the influence of a banned substance. The Government announced fresh measures to tackle the problem of drug-driving with an extra £1million to pay for training in England and Wales police forces and equipment and new legislation to crack down on intoxicated motorists.

What possible reason is there?

Drunk driver with ‘gun in lap’ in east London jailed

Nathan Gardier, 24, admitting having a firearm and ammunition in a public place and being in charge of a vehicle while above the legal alcohol limit.

He was jailed for five-and-a-half years and given a year’s driving ban.

‘Bullet in the chamber’

The court heard Gardier, of Falmer Road, Walthamstow, believed it was “probably fate” he was arrested with the pistol on nearby Willow Walk on 4 August and “must be something God has put in my path for a reason”.

His barrister, Mohammed Bashir, told the court his client had found the weapon in a field, but Recorder Sally Hales QC said that was “utterly implausible”.

Sentencing him, she said she had to impose a strong term as a deterrent “because of the dangers such weapons can do”. ”In your case the harm that you presented was worse because the firearm was loaded, ready to be fired, with a bullet in the chamber,” she said.

Why would you drive this on a motorway?

A man driving a mobility scooter along a motorway has been stopped by police.

It happened on the hard shoulder of the M60 close to Barton Bridge near the Trafford Centre, Greater Manchester at about 11:25am on Sunday. Witnesses who were concerned for the man’s safety contacted officers after seeing him on a slip road.

NW Motorway Police tweeted they had responded to reports of the “older male” who was “scootering” down the inside lane of the motorway.

The clue is too close!

Motorists face prosecution for driving too close to cyclists

Motorists who endanger cyclists by getting too close to them will be prosecuted for driving without due care and attention under a new scheme. West Midlands Police have begun proceedings against 38 motorists for what is known as close passing – giving cyclists less than a metre-and-a-half of room.

Police officers on bikes equipped with cameras are patrolling busy roads and radioing ahead to patrol cars when they film bad driving, with most offenders being given roadside advice.

Traffic officer and cyclist PC Mark Hodson said: “As a police force we must do our utmost to protect vulnerable road users and show that anyone who puts them in danger through poor driving will be dealt with. ”Cyclists may suddenly need to avoid uneven road surfaces or obstacles like drain covers so it’s important to afford them plenty of room when overtaking.”

More than 21,000 cyclists were injured on Britain’s roads in 2014, with 113 killed. Champion triathlete Constantine Mamole (pictured) was badly injured when he was knocked off his bike by a car two years ago. Now back at work at his Kings Of Cycling shop in Leeds he has made a full physical recovery, but says he is too anxious to train on the road and has not raced since. ”It affects your professional life, your personal life, you become a different person,” he said. ”It has a massive impact on any cyclist.”

Stone Roses frontman Ian Brown (pictured) escaped a driving ban by claiming he needs his car – to do shopping errands for his elderly parents. The 53-year old multi-millionaire singer pictured arriving at court, had faced disqualification under the totting up procedure He pleaded guilty to travelling at 37mph in a 30mph zone along the A6 Wellington Road North in his Lexus. But the Fools Gold star who has made millions with his bandmates from their comeback gigs, said a ban would be an ‘inconvenience’ as it might hinder him driving eight miles to see his father George, 81, and mother Jean, 79, and getting groceries for them. On Friday, magistrates in Stockport, endorsed Brown’s licence with three penalty points – bringing the number to 12 but – let him back on the road after agreeing the star might suffer ‘exceptional hardship’. In passing sentence, chairman of the bench Pauline McArdle said: “Mr Brown, we are dealing with an offence of speeding. What we have decided having listened to the arguments put forward, we are going to endorse your licence with three penalty points. We are not going to do the ban. We have listened to the argument for exceptional hardship and taken it into consideration. We are not going to ban you on this occasion but you will have 12 points. We have taken into account innocent third parties and have also taken into account loss of income but that was not the priority. The argument for exceptional hardship cannot be put forward again, if you come up before the court again you cannot use this argument again and you will be banned from driving.” However, Jack Kushner, spokesperson for Brake, the road safety charity, said: “It is vital that public figures set a positive example of safe driv- ing behaviour, and it is disappointing that Mr Brown has failed to do so.

“Speeding is a serious offence, and no matter who you are, driving faster than the speed limit is completely inexcusable.

The number of motorists illegally using mobile phones while at the wheel is rising, an RAC survey suggests. It says 31% of motorists said they used a handheld phone behind the wheel compared with 8% in 2014. The number of drivers who said they sent a message or posted on social media rose from 7% to 19%, while 14% said they had taken a photograph or video while driving. The RAC’s annual Report on Motoring surveyed 1,714 UK motorists. The breakdown organisation said the use of handheld mobiles was “the biggest road safety concern among motorists today”.

It believes a 27% drop in full-time dedicated roads policing officers in England and Wales – excluding London – between 2010 and 2015 means drivers do not fear they will be caught for offences not detected by automatic cameras. It is illegal to drive a car or ride a motorcycle using a handheld phone. Drivers can get an automatic fixed penalty notice, three penalty points and £100 fine. The case could also be taken to court, where the maximum fine is £1,000 and licence disqualification.

Department for Transport figures show that a driver impaired or distracted by their phone was a contributory factor in 492 accidents in Britain in 2014 – 21 of which were fatal and 84 classed as serious.

*   23% claimed it was an emergency, 21% said they needed information for their journey and 12% said it was a habit  The government is due to publish the results of a consultation which proposes introducing tougher punishments for illegal mobile use by drivers. The minimum fine for non-HGV drivers is expected to rise from £100 to £150, while penalty points are set to increase from three to four.  Transport Secretary Chris Grayling told the Commons he would shortly be announcing “tough plans” to tackle the use of mobiles by drivers. “This requires, in my view, strong action. This is happening far too often,” he said. RAC spokesman Pete Williams said: “It is alarming to see that some drivers have clearly relaxed their attitudes to the risks associated with this behaviour but more worrying is the increase in the percentage of motorists who actually admit to using a handheld device when driving.  ”The fact that drivers have little or no confidence that they will be caught when breaking these laws is a likely contributor to the problem and it is sadly the case that every day most road users see other drivers brazenly using their handheld phones when in control of a vehicle – a sight which should be a thing of the past.” 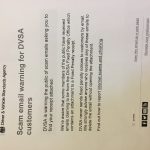